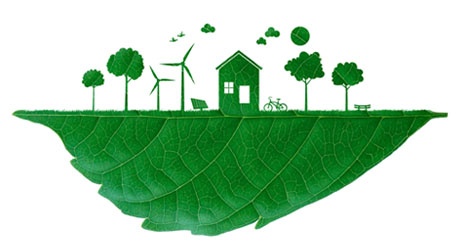 Forests play an important role in the capture and removal of carbon dioxide (CO2) from the atmosphere and subsequent storage of that carbon in forest biomass and soils. This capture is carried out through a process called sequestration.

The planting of new forests plays an important role the capture and removal of carbon dioxide (CO2) from the atmosphere. Sequestered carbon is accumulated in the form of forest biomass, deadwood, litter and in forest soils. The rate of carbon uptake is affected by many factors, such as tree species, productivity (yield class), forest age, soil type, tree stocking levels, forest management activities and previous land use.

NewGen will unlock the value of this sequestered carbon for the landowner which will result in enhanced afforestation payments to landowners thereby increasing afforestation rates to meet and exceed the current Irish Government afforestation targets.

Although forest cover on the island of Ireland was once extensive, deforestation over the past few thousand years has reduced native forest to less than 2% of the total land area. Ambitious afforestation targets have been set by the Irish government for timber production since the introduction of the Forestry Act of 1946 and Ireland had the highest reported afforestation rate in Europe between 1990 and 2007. Nonetheless, the current forest cover in Ireland remains low (<12%, with just over 80% of this being plantation forest), well below the European average of 30% forest cover.

The Irish government currently has a target to achieve a national plantation forest cover of almost 15% by 2030 through further commercial afforestation. In addition to providing direct economic benefits, forests are recognised as being central to our future green economy as a means of increasing carbon capture and as a renewable energy resource.

In order to provide complete functionality, this website needs your consent to store browser cookies. If you don't allow cookies, you may not be able to use certain features of the website. We recommend that you allow cookies.ALLOW