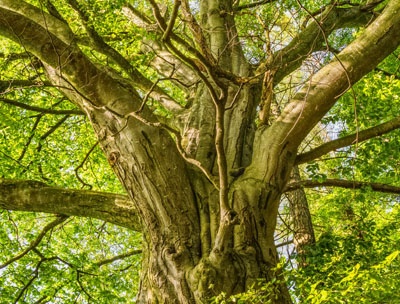 The priest class of the ancient European Celtic societies drew their name, the Druids, from the word for oak, revered as “the tree of life.” The Greek god Zeus and the Norse god Thor are both associated with the mighty oak. And today, under the oak-lined avenues of New Orleans, groups of Mardi Gras revelers dedicate their debauchery to the gnarled, wooded giants. But oaks, deeply rooted in mythos and prized for their strength, are now in peril.

Nearly one-third of all oak species (31%) are considered threatened with extinction, according to a new report,The Red List of Oaks 2020, compiled by The Morton Arboretum and the IUCN’s Global Tree Specialist Group. The report, which details the most current conservation status of all 430 species of oaks (Quercus), is the result of five years of research by more than a hundred researchers around the globe.

“[T]hey are found in nearly every ecosystem on Earth: from deserts to coastal shores and lowlands, from high mountain tops to river valleys, cloud forests, alluvial plains, prairie grasslands, and tropical jungles,” Béatrice Chassé, editor of International Oaks, writes in the introduction to the report. “And yet, in spite of their extraordinary evolutionary and ecological success that spans fifty-six million years, today many of them have dubious futures.”

In order to provide complete functionality, this website needs your consent to store browser cookies. If you don't allow cookies, you may not be able to use certain features of the website. We recommend that you allow cookies.ALLOW