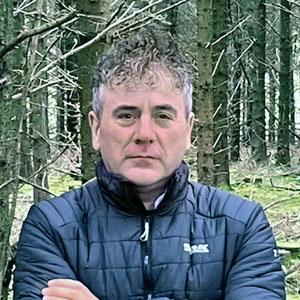 John O’Reilly has spent 30 years making a living out of forestry but doesn’t just see timber as a commodity. He has always been a big nature lover. “That would have been my primary driver on day one,” he says of his career choice. “I’d have been a ‘mouth open, David Attenborough watcher on telly’ all the time, always was.”

Having spent most of his life working for leading player Green Belt Forestry, he has now taken an entrepreneurial turn, leading and investing in NewGen, as a sustainable forestry manager.

Earlier this month it revealed details of its Family Tree Impact Investments (FTI) platform, which will spend €50m over three years buying harvesting rights from landowners.

The big-name backers of the business are the O’Kane family, who sold Mercury Engineering for close to €150m in 2018. They had seen the benefit of sustainability options in their business.

According to O’Reilly, those in the building trade have seen a growing focus on sustainability criteria by big FDI investors.

“I’m not going to say that O’Kane’s were a pushover, far from it. But they were already somewhat interested in the space, perhaps looking for a correctly packaged opportunity to invest in,” he says. The big challenge now for O’Reilly is to acquire harvesting rights.

“Our driver for the next period of time will be to build up somewhere in the region of 8,000 to 10,000 hectares of harvesting rights from the private estates over the next three years.”

For lots of reasons, O’Reilly’s approach is new to the market — there is a heavy emphasis on native tree species and NewGen will take a different approach to Coillte when it comes to relationships with land owners.

“I don’t think I’d be talking out of school here, Coillte would readily admit that the biggest issue that happened in its partnership schemes was a breakdown in communication,” he says. “We will have to learn from that and ensure that communication on the ground and with the landowners is very good.

“But there is one inherent difference between us, the scheme we offer and the scheme that Coillte offers in that we offer up to 30pc of the value of the forest as an upfront payment.”

This could be a valuable feature for land owners, providing cash for those in need.

“It could be increasing the size of the herd, it could be investing in their dairy parlour, or it could be sending kids to college,” says O’Reilly. “We’re finding that the realisation of the future value of the crop and converting it into present financial options is quite attractive to some people”.

Key to NewGen’s sustainability message is the mix of trees it will plant. The backbone species of the Irish Forest Estate is Sitka spruce and introduces trees from the Pacific North West.

Irish woodlands would originally have been a mix of oak, birch, and ash. But in the early days of the Irish State, just 1pc to 2pc of Irish land was forest cover so there was a drive in the first half of the last century to establish forestry on marginal lands.

“The main policy drivers were to create a timber supply and to create jobs. The environment wasn’t a primary driver at the time,” says O’Reilly. Now Ireland has 11pc coverage, although this is well off our target of 18pc and the EU average in the mid 30s.

There are issues with the Sitka spruce, however. It has been planted in some environmentally-sensitive watersheds and some very environmentally-sensitive uplands. It was also planted as a monoculture, which is not good for biodiversity. “My position would be very much that spruce has a role in Irish forestry. We need to have functioning forests that produce commercial timber for our panel board sector, for our sawmill sector. But equally so. and this is the essence of NewGen, we have only 2pc cover of native woodlands in Ireland at this point in time.

“I feel we need to get a better balance to our afforestation programmer and we need to create a structure that delivers a much higher percentage of native woodlands,” says O’Reilly. “We’re currently looking at 70pc coniferous, 30pc native hardwoods. The quantum of native hardwoods planted needs to go up significantly and it needs to rise to closer to 50pc of the programme”.

The timing is good for a rebirth in Irish forests with native species. Impact investors, with a focus on the environment, do not require the fast turnaround and high returns of more traditional investors.

“O’Reilly describes himself as a “second-generation forester”. Originally from Bunclody in County Wexford, his father worked in what was the Department of Forestry. “When I came out of convent education in Bunclody there was three options: America, college, or the meat factory called Slaney Meats. Thankfully, I chose college”.

By the time he graduated from University College Dublin (UCD) in 1989 there was a civil service embargo. “We couldn’t get into the Department at that point in time and work for what ultimately became Coillte. So, we were delighted to get jobs in the private sector.

“Setting up my own business or anything like that was far from my mind.”

But in recent years he began thinking about going out on his own and was inspired by a Microsoft project that demonstrated that landowners were willing to switch to indigenous trees with the right incentives.

Their concept was to develop sustainable, environmentally sound forestry which would appear to a new generation of investors. “We are a different type of forestry – a land-management company and financial-management company that will bring high-end solutions to institutional investors,” he says.

O’Reilly says it is all about transparency. “One of the key things is you’ve got to get your expected rate of returns right so that the investor knows what they’re going in at. We would have documented anticipated rates of returns of 5pc to 6pc per annum for the investor. That is historically and readily achievable in the foresty sector. Double-digit returns are attainable but not in Ireland.”

“When I was in Green Belt, we ran an investment vehicle into Panama. We acquired land in Panama, established deep plantations, set up a 1,000-hectare portfolio, sold it onto an institutional investor and we made a very nice 10.5pc compounded return for our investors. We were in a different jurisdiction, the risk profile is completely different and the key thing for forestry, the land cost was substantially less than it was in Ireland.”

While O’Reilly believers a change in the species mix is essential for Ireland, he looks back at the mistakes of Ireland’s past forestry decisions with some sympathy. “The reasons those plantations are there are not because people made bad choices or made ignorant choices at the time. Those forests were established back in the ’50s and ’60s because the key social driver was to maintain rural employment.

One of the biggest issues facing the sector in recent months has been a logjam in timber licenses. “The main reason for that is the environmental pillar has not been happy with the manner in which the Forest Service was issuing licenses. The Forest Service was obligated to carry out what’s called appropriate assessment and there was a belief that appropriate assessment wasn’t being carried out correctly,” says O’Reilly.

However, he believes this is close to being resolved. While NewGen’s plan to plant more native hardwoods is a business proposition, O’Reilly believes there will be many more upsides. “Everything that I grew up liking benefits-red squirrels benefit, otters benefit, badgers benefit, foxes benefit, birds and wildlife benefit, plants and flowers benefit, water protection benefits. Everybody knows that trees capture carbon, but not a lot of people know that trees protect soil. Not a lot of people understand where their oxygen comes from.”

“There is something about a walk in a woodland, it’s not just something you do because you’re locked down and you do it to get out of the house,” he adds. “There is a mental benefit there too.”